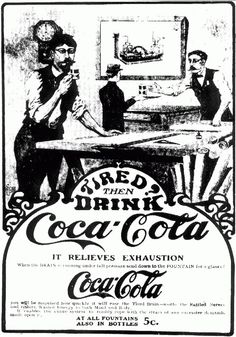 This was one of the earliest ads by Coca-Cola . Printed in the late 19th century, it advertised the product being sold as a patent medicine for 5 cents per glass at all fountains.

It was known as a healthful carbonated beverage to relieve fatigue and exhaustion. Coca-Cola soon began to become a beverage to refresh you after a long day, or just to relax because of the prohibition era. And was very popular during WW1.

Coca- Cola evolved as time changed so did the the advertisements. It became popular and depicted happiness and wellness and people could relate when drinking a “Coke”. It was a brand that reflected a good time.

During the 50s living the American Life was ideal. Coca-Cola advertisements and commercials began to show wholesome families in leisure, relaxing, and being comfortable. And began to gain popularity globally. The advertisement of this product was not merely in newspapers but grew to radio, posters, and television. 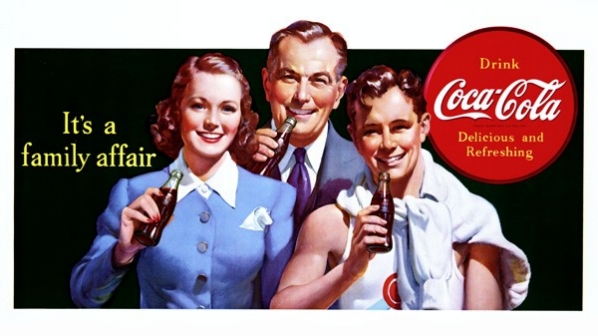 Then skipping to the 90s  on of my favorite Coca-Cola commercials to date is the one that launched singer Tyrese Gibsons career. Playing just another person riding public transportation bus, he busted out singing. Thats when he became known as the “Coca-Cola Boy.”

As of recently in 2016 Coca-Cola launched their global advertising campaign in seven years. This campaign unites all trademarks of Coke brands and brings everyone around the world together, incorporating diversity, new products and the health and well being. As the world went through major changes Coca-Cola remained the same quality while making sure to change with the trends to appeal to the audience  and different eras. It will forever be the brand that exudes happiness. 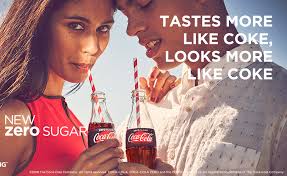 I have personally assembled  a video ! Enjoy!

3 thoughts on “Digital Analysis of Coca-Cola”