Ethos,pathos, logos, and kairos are four elements used to form persuasive messages. Ethos is ethics, or the intentions from the author speaker composer to persuade the audience. Pathos is emotional, the appeal to beliefs and feelings. Using emotions to persuade your audience is very powerful. Logos, logic reasoning appeals more to statistics. Kairos, a different type of time. To understand this element you need to understand the context and the community. You as a rhetorician should always pay attention to particular strategic moments or the kairotic moment.

Dove is a personal care and soap brand. They started the “Dove Beauty Campaign” in order to get more women to buy the product, but to also get the message across to all women no matter what you look like you are beautiful.

I chose to analyze this Dove commercial and their Real Beauty Campaign. I am going to start with building an analysis around the triangle. And also analyzing the rhetorical elements pathos, ethos, and kairos Dove uses in order to market to women.

What are Dialects and how can you apply them to the worldwide internet? Well according to Google, dialect is a form of language specific to a regional or social group. It is the way people converse to others. Like a special language that only people within that one specific group can understand.

The video, Are There Internet Dialects, breaks down the topic of internet dialect. It is not only geographic but regional and social. This includes word choice, vocabulary change, and the arrangement. These groups are also called speech communities. Within a speech community members share language ideology. And most people are not confined to just one community but to multiple communities. For example the internet is made up of many different social groups or speech communities such as Facebook, Instagram, and LinkedIn just to name a few.

Facebook is a  social media site where you can connect with family members and friends and keep in touch. You can also upload and post pictures and videos. From my experience he dialect I have on Facebook is way more conservative due to family members being my friend. They follow and watch everything I do. So I would not want to give them a bad impression of myself.  I am much more conscious of what I say post and the wording and spelling of my status’ are usually formal.

However Instagram or IG, is where I am more informal with everyone. I let lose and can really be myself. My pictures and topics vary. This social media site is easier to build brands and businesses. Easier to communicate with people you may would never be able to reach in the “Real World.” The use of hashtags are very important. Hashtags are used to find similar post, thus creating a mini communities within the IG community. 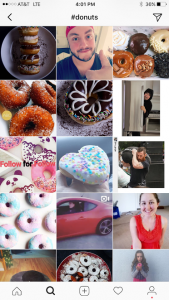 How people talk and communicate change from site to site. 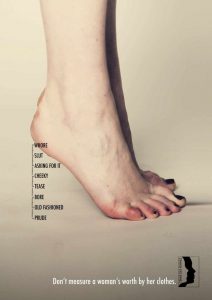 My name is Cherish Baker. If you don’t already know, my first name is an actual word which means to protect and care for something or someone lovingly, to hold dear, or to keep in one’s mind. When I tell someone my name they usually say” Oh Cherish like…” and proceed to sing “Cherish the day” by Sade, or “Cherish” by The Association. Can we say AWKWARD.

I am a non-traditional student at Kennesaw State University, majoring in Communication with a focus in Media Studies. I have always been very interested in the entertainment industry.  I have taken and intend to continue to take the steps to get closer to my passion by attending events, conferences, and festivals to network, create and build valuable relationships. I have always been told that I am a very personable, intelligent, well-spoken communicator not only verbally but in a gestural manner as well. And that I should pursue something using those qualities such as being a news reporter, radio personality, or entertainment correspondent. While being an entertainment correspondent is something I would love to do one day, my passion is music and helping people achieve their goals as artists. I am very much into scouting and developing artists. Which brings me to my occupation. I am an Executive Assistant to an A&R (artist and repertoire) which I just a fancy name for talent scout. While I am scheduling studio sessions and taking notes in meetings, he is taking me under his wing and training me just as someone trained him. It is all about hands on experiences, you learn so much!

I am a city girl. If you are looking for me that’s where you can find me. I do not see myself moving anytime soon. With Atlanta becoming a mini Hollywood, there are opportunities arising all the time.

Overall I am a very spontaneous, easy going person that is ready for this adventure called “Life.”